You only get one chance at a first impression. This is important to note when it comes to working with a new customer. Offer speedy hassle free service and you gain a customer for life; take days or even weeks to get them a quote and you may not be their first call next time they need a part. With this in mind, AvSight has developed a streamlined account approval system that is convenient, quick, and error proof. First though, let’s take a look at a normal approval process. 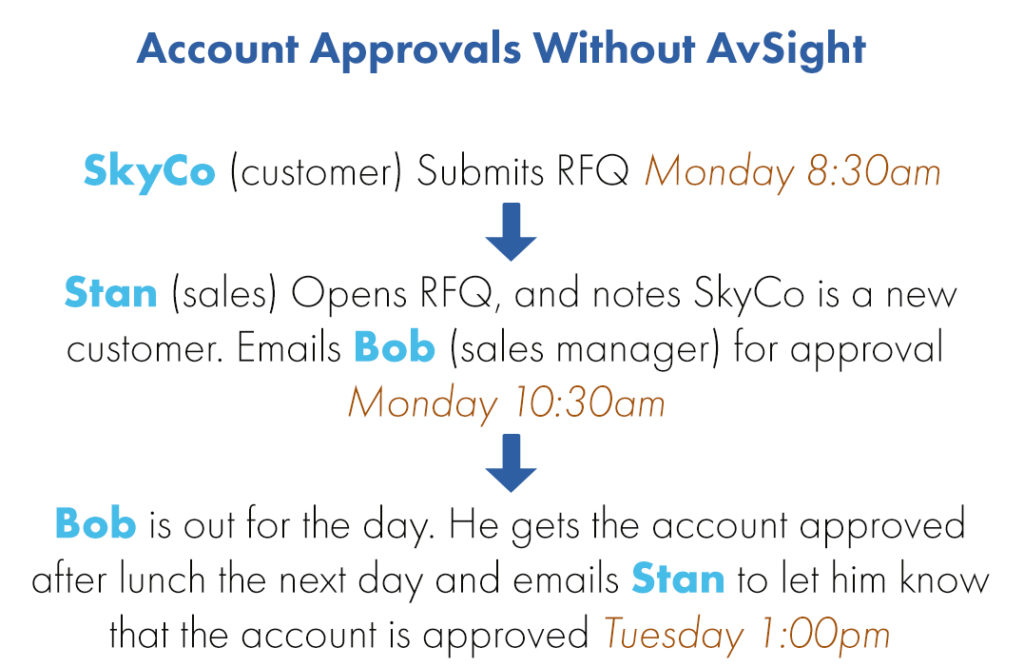 One of your sales people, Stan, has just received an RFQ from a new customer, who we’ll call SkyCo. It looks like a solid lead, so Stan emails his sales manager, Bob, to get approval for this account. Bob is out for the day, so Stan will have to wait til tomorrow for approval.

The next morning, Bob starts digging through the pile of emails that has built up in his inbox while he was out. He’s not able to get to approving this account til after lunch, when he finally signs off on it and returns the info to Stan. Stan then has to send it over to Jen in export control for an approval. She’s swamped, but takes care of it by the end of the day, and sends it over to Carole in accounting. 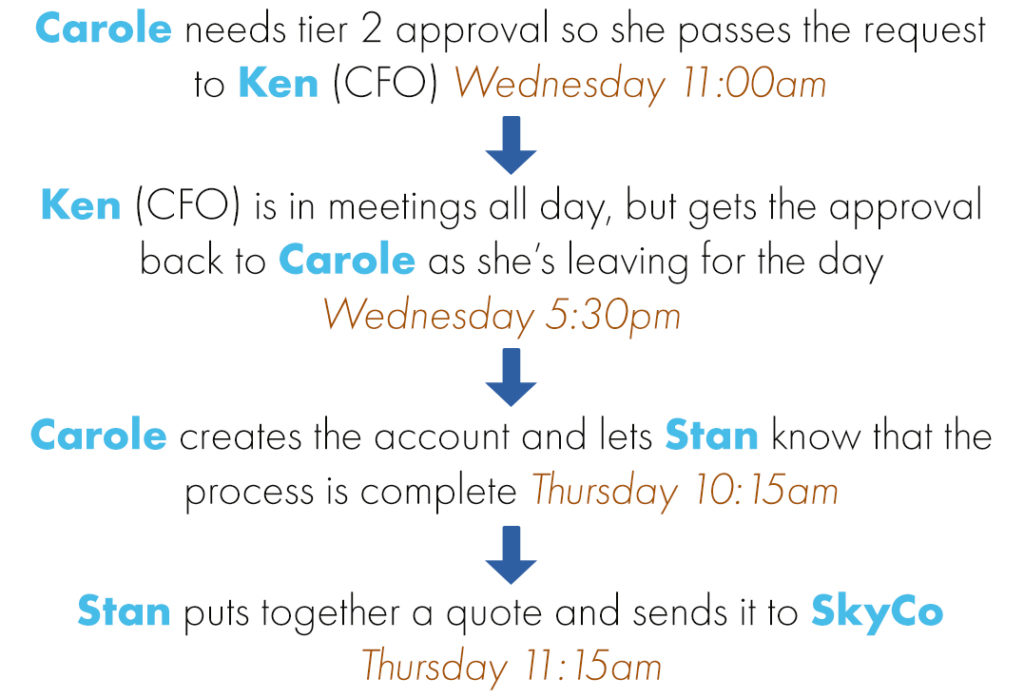 Carole takes a look at the credit line requested, and it’s over the limit that she can approve directly, so she emails the CFO, Ken for his approval. It takes all day, but finally Ken approves the credit line. He then sends it back to Carole so she can actually create the account.

By the Thursday morning, Stan finds out the account is approved and gets to work putting together a quote. Hopefully SkyCo hasn’t given up and gone with another supplier at this point.

Did reading that process make you as exhausted as typing it made me? Now imagine actually going through those shenanigans. From receiving the RFQ to quoting, Stan had to wait four days. He was probably able to work on other quotes, but he still had to give attention to a complex process in the background, no doubt that affected his efficiency. And what I’ve described is a pretty good scenario – between Bob, Jen, Carole, and Ken there were numerous opportunities for it to get buried in someone’s inbox.

Now let’s give Stan a break and let him go through the process with AvSight.

Stan receives an RFQ from SkyCo. Noting that it’s a new customer, he requests approval. AvSight automatically manages the entire process according to your company’s policies. Approval requests are pushed out to Bob, Jen, Carole, and Ken on their desktops and mobile devices.

Bob is out for the day, but he can press a single button to approve the account for sales. AvSight automatically creates the account and shows check boxes of which processes have been approved so far. That allows Stan to get started on a quote and get it over to SkyCo. Carole, Jen, and Ken all received approval request at the same time, and are able to approve them before the end of the day.

Now Stan is ready to handle sales orders and PO’s as soon as he gets the go ahead from SkyCo. Stan is able to work much more efficiently, and SkyCo has a great first impression of your company. If you can get a quote over that quickly, they’re confident that you’ll also be able to ship their order in an accurate and timely manner. Isn’t that the sort of first impression you’d prefer?

In addition to making the process more efficient, AvSight’s account approval capabilities maintain a secure and accurate workflow. Once your company’s policies are set up the system will automatically stick to them. You don’t have to worry about employees taking short cuts or making mistakes. Policy rules can be as specific as you’d like with multiple steps and multiple levels.

Want to see how AvSight can improve your organization’s efficiency? Schedule a free demo or learn more. 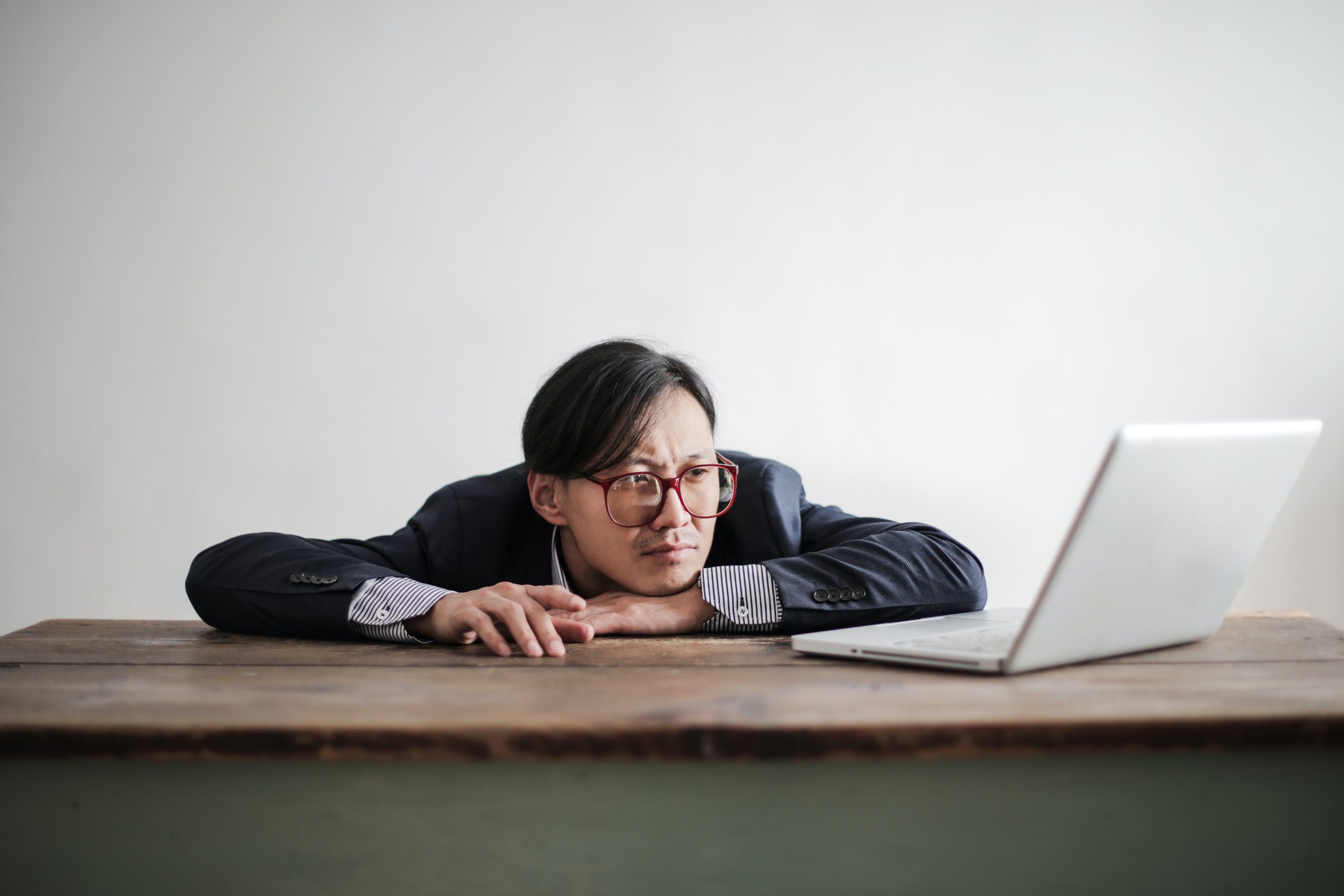 You only get one chance at a first impression. This is important to note when it comes to... 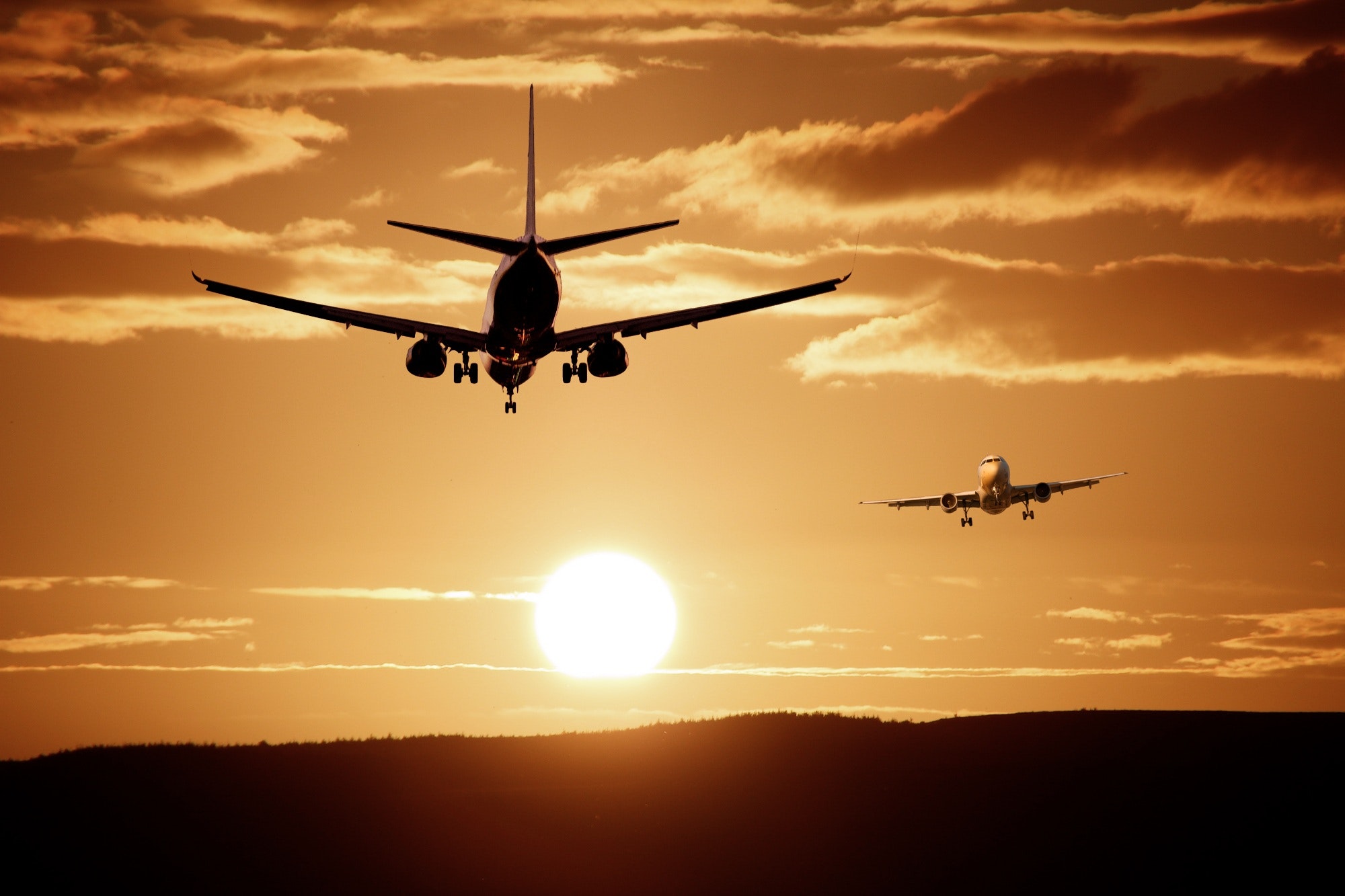 The partnership will allow AvSight to grow the features of their aviation specific soft... 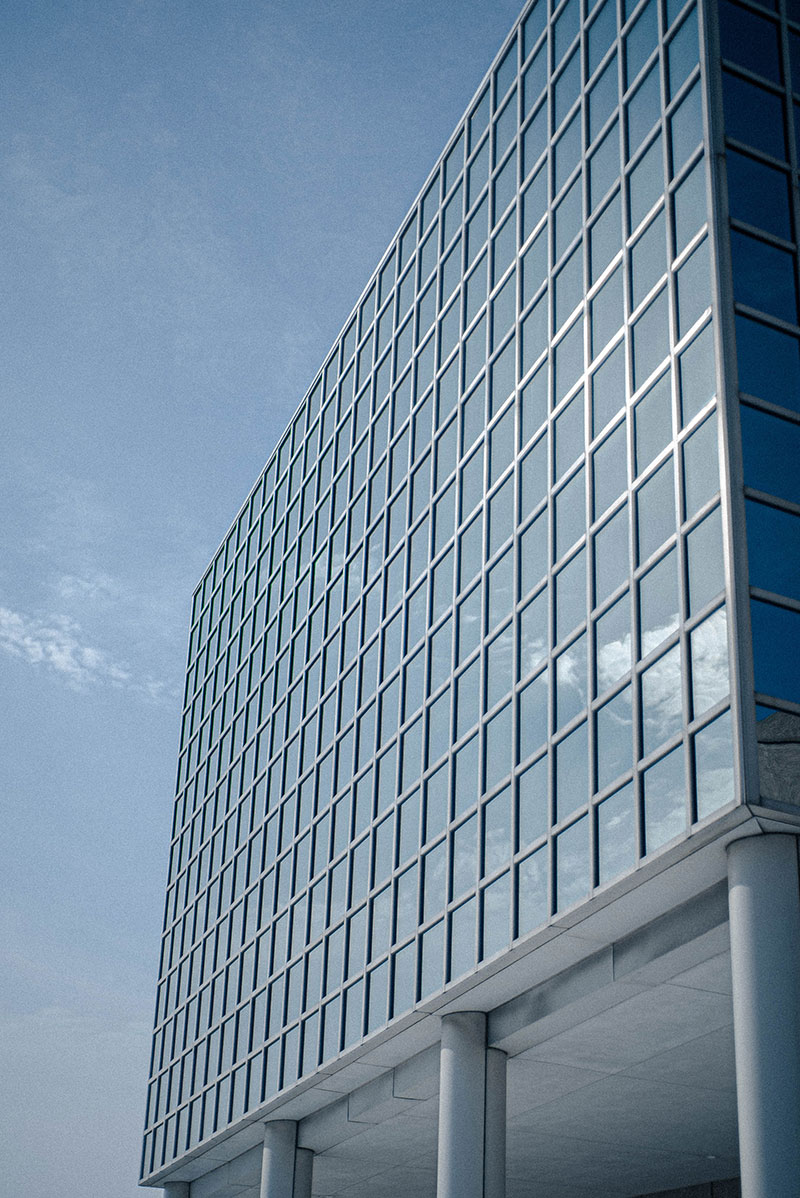 Fulfilling government solicitations is a great opportunity to expand your business, but l...